I’ve had a little issue with our MaxiCosi FamilyFix Base not releasing the child seat anymore. Turns out, this is a common problem. Unfortunately, I didn’t find any description on how to really solve it, so here is one.

First of all, there are all sorts of screws on the base. Don’t waste your time trying to open the base from the bottom. There are six screws, two of them to the back which you only see if you remove the cover from the IsoFix bars, and once you’ve removed those screws, you’re still not really closer to opening the base – at least I wasn’t, and I nearly gave up. I then saw these two screws: 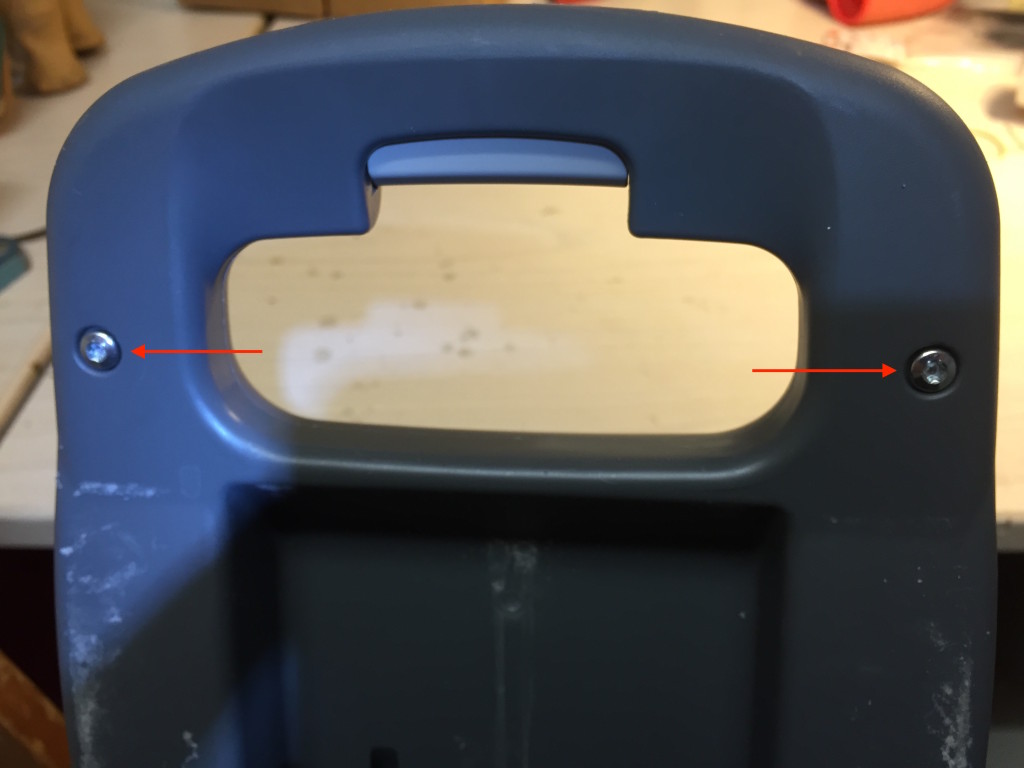 Once you’ve removed them, you can open the base from the top by first inserting a flathead screw driver and cautiously prying open: 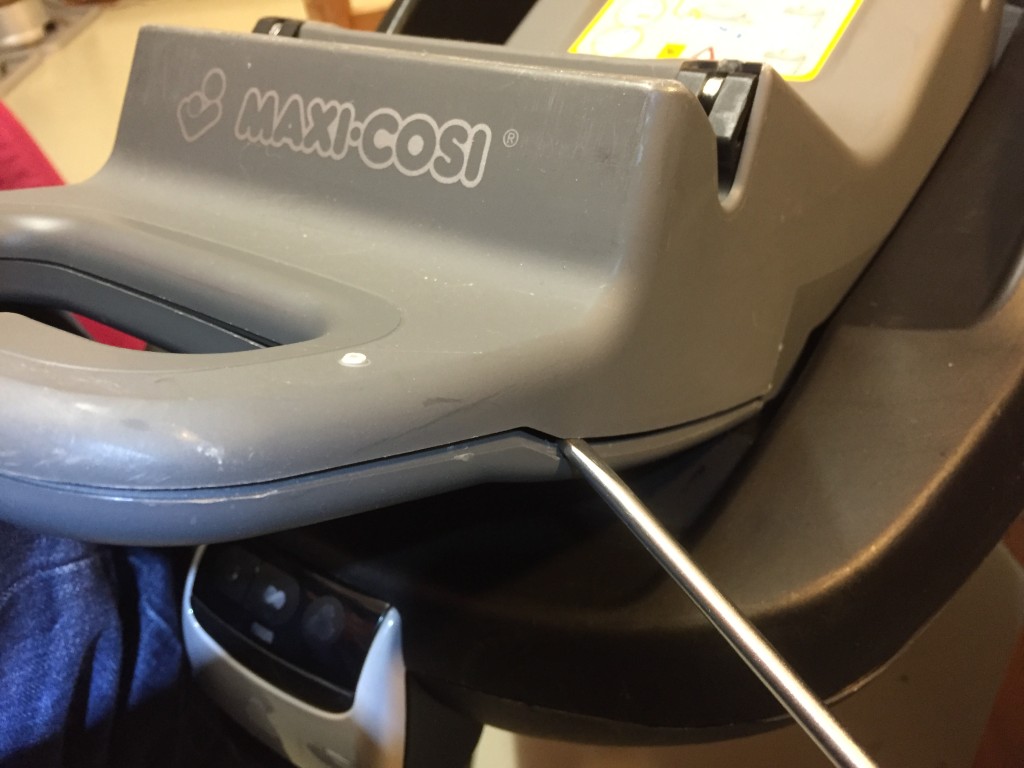 Work your way to the front and carefully unclip these: 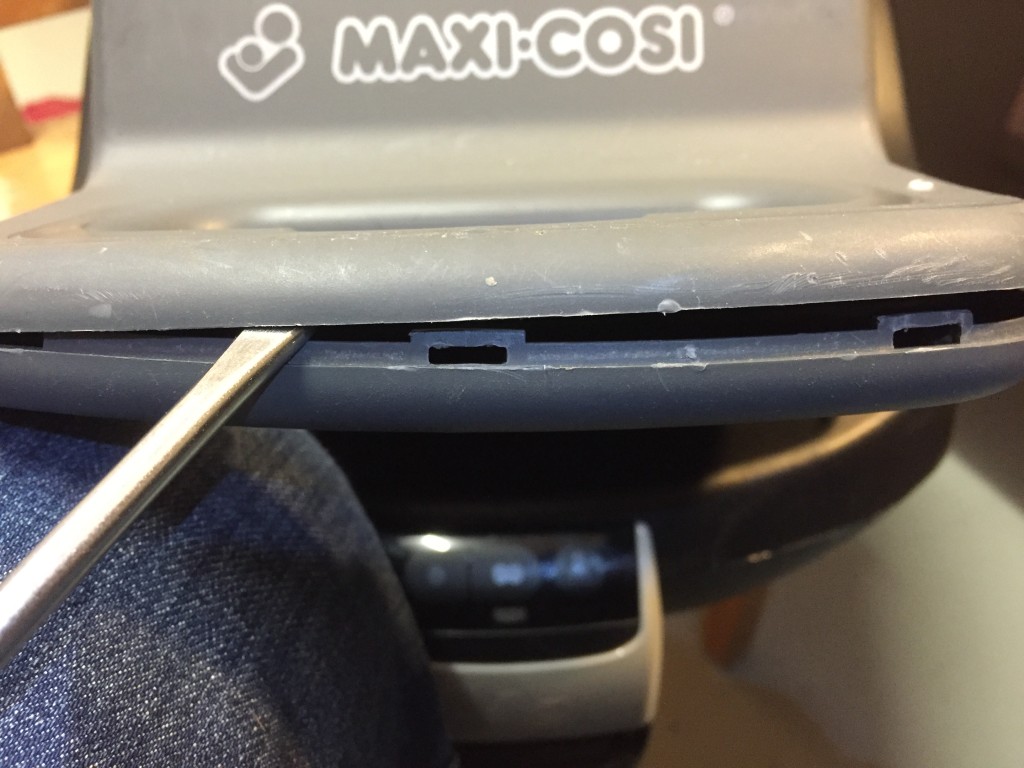 Using your screwdriver as a lever, you can then pry open the base like so (doing that on both sides): 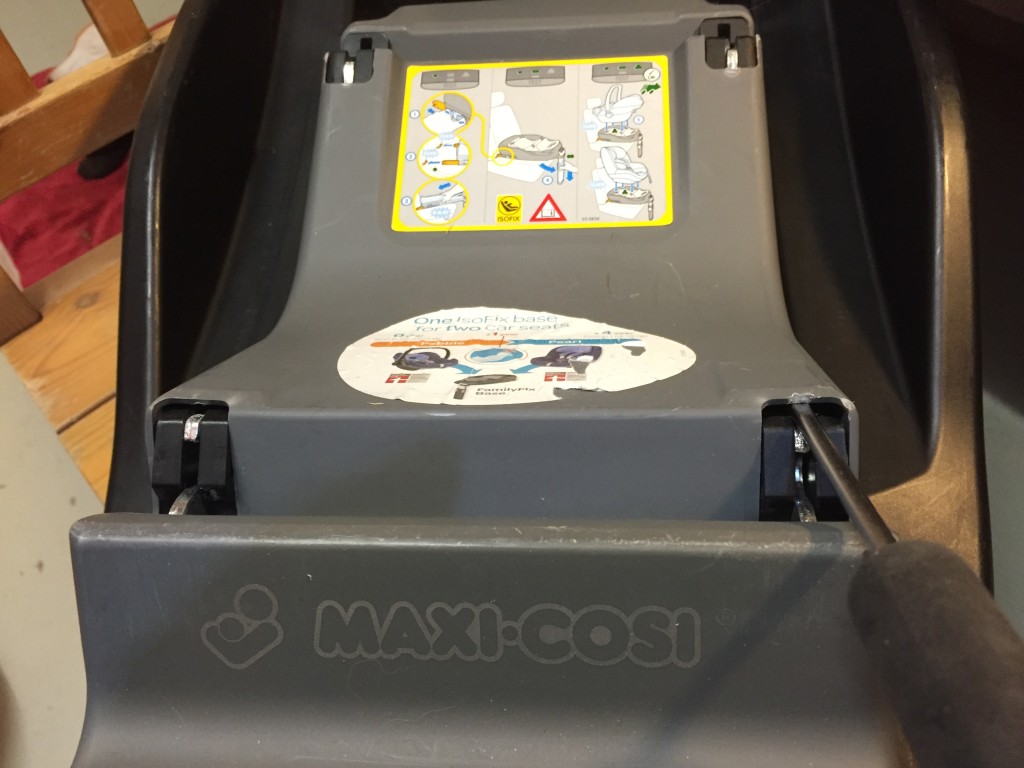 Eventually, the top of the base comes off: 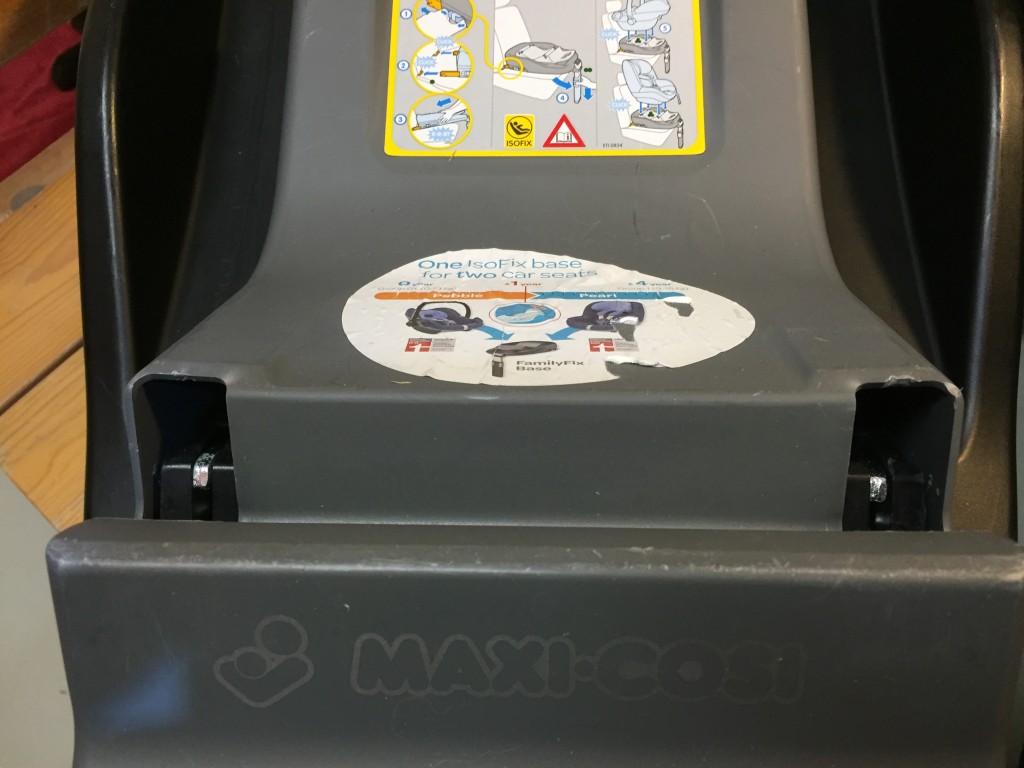 You can now open the cover towards the back: 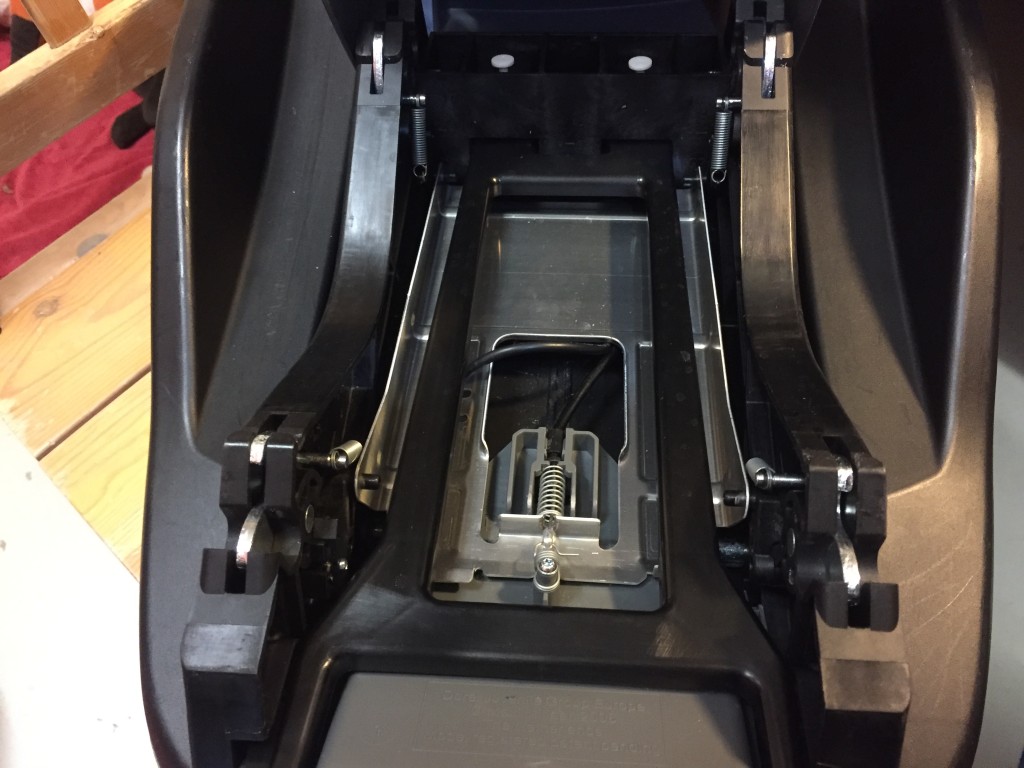 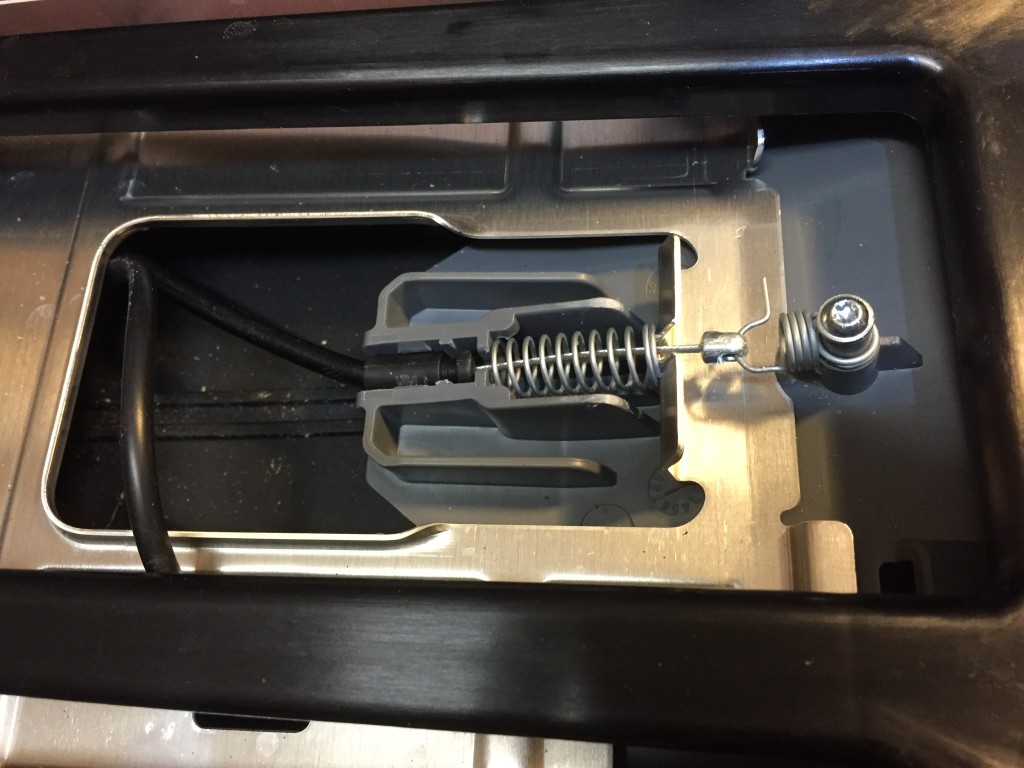 This is the back side of the release mechanism which came loose. It is not under tension. So you can easily pull out the holding wire: 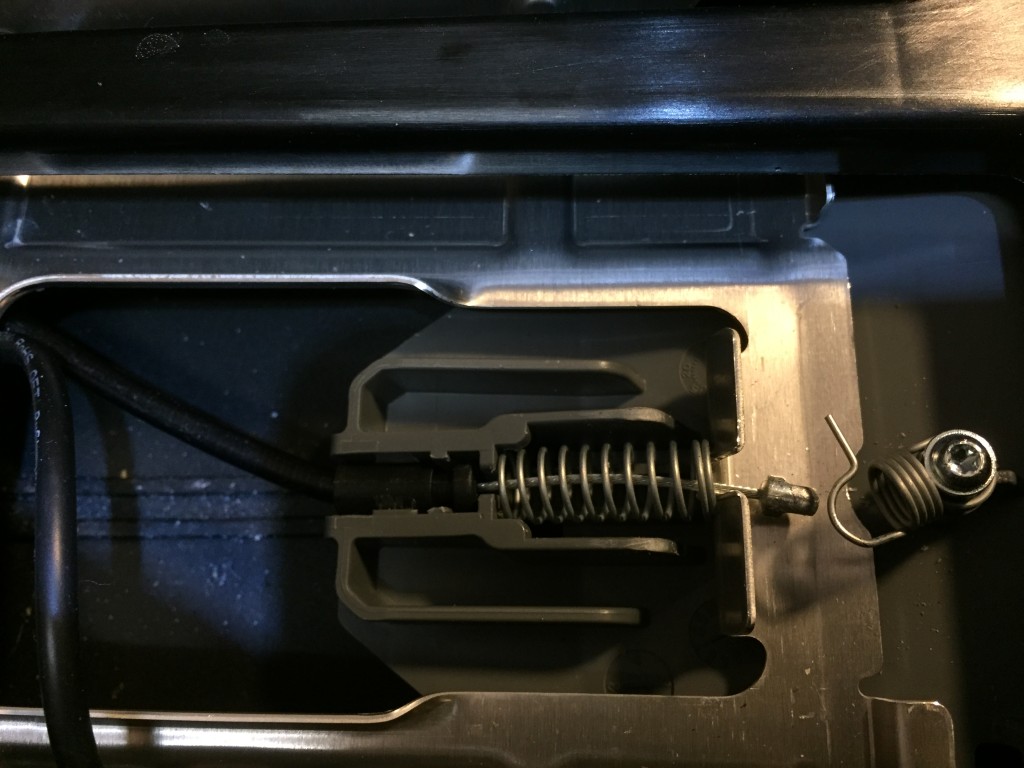 Then, use your screwdriver to pull upwards the plastic cover and release the spring: 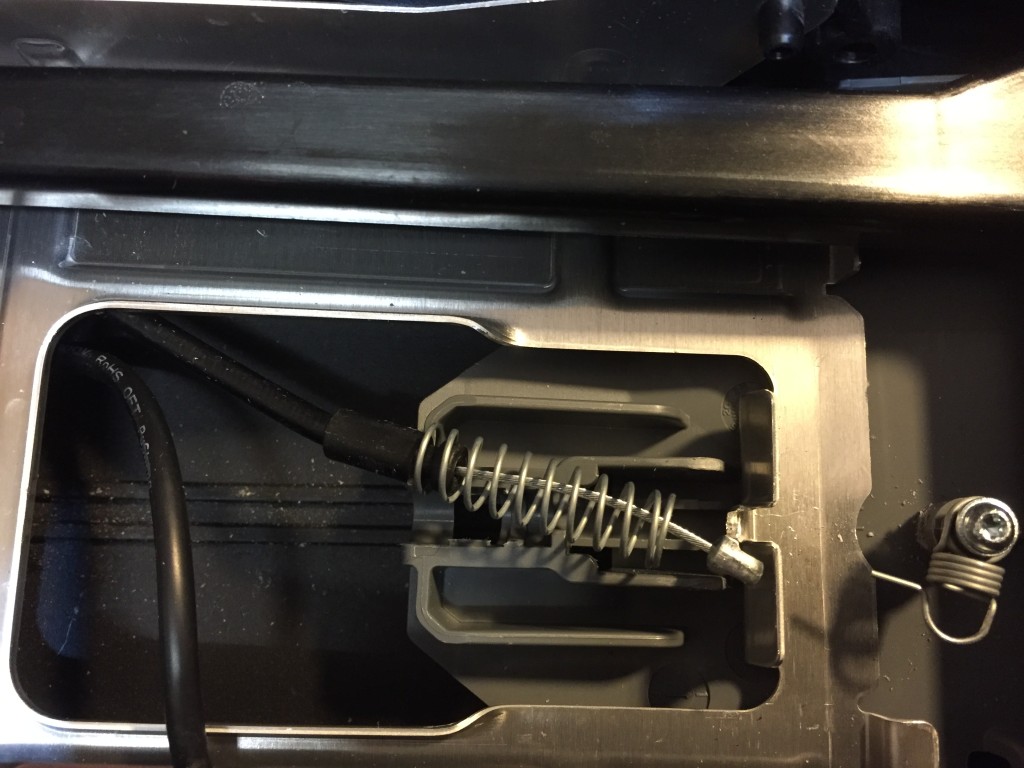 If you new remove the spring, you have won enough room to pull out the opposite side of the wire and re-fix it into where it came loose from. It may take some wiggling, but it is possible without any force. I used a simple rubber band to hold it in place and then push the release handle over it. When it snapped in, the rubber band broke and hence I had it in place. Once done, press the plastic cover (very) firmly back in place with your fingers: 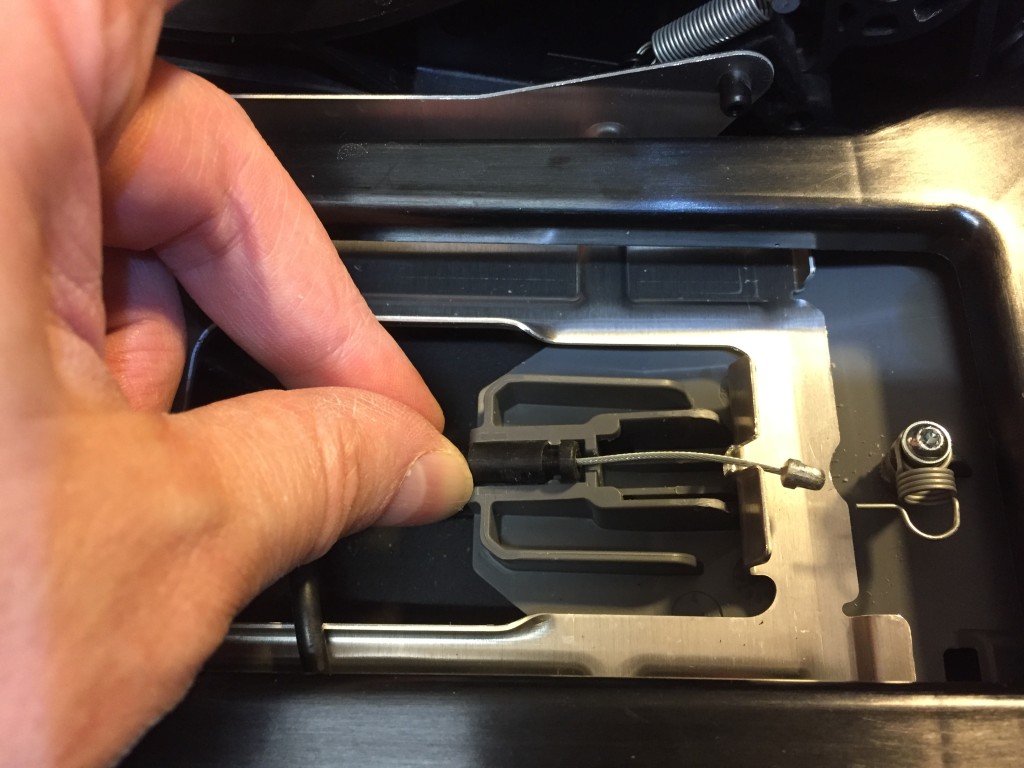 This is about the only time where you need some force. When done, it looks like this: 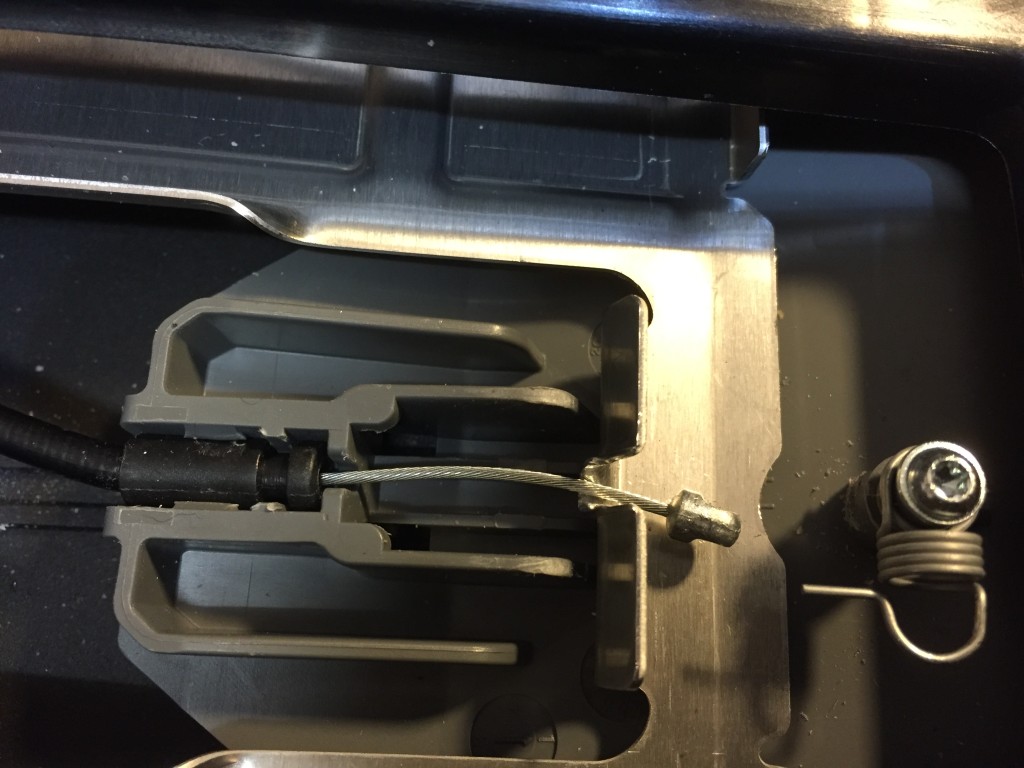 Put the spring back in place – use a flathead screw driver if needed. then work your way back. I just replaced the cover over where it should be and slightly hit it with my flat palm to bring it back down in place. Then I fixed the screws, and that was it.

When you know what to do it barely takes 10 minutes.

How to fix a Maxi-Cosi FamilyFix Base