I recently got one of those awesome Western Digital MyPassport USB Drives. And then noticed that my 2010 17” MacBook Pro (running on OSX 10.8.4) has a USB 2.0 port only, which means it is slow as in

That’s of course not entirely satisfying, so I went on to buy a USB 3.0 card for the ExpressPort: 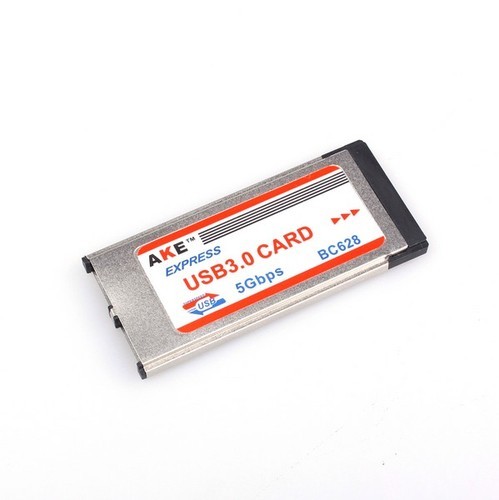 The card is available for no money (about 10 $) from Amazon, and it fits neatly into the MacBook, i.e. there is nothing protruding out of the laptop. It survives sleep mode without issues (so far), yet you do need to unmount the disk before.

When the card arrived, it did not work when plugged into the ExpressCard slot; the card manager started, and the drive spun up, yet the drive was not recognized and not mounted. After the obligatory recursion to Google, I ended up removing both CalDigitUSBxHCI.kext and CalDigitFastIO.kext from /System/Library/Extensions:

After that I rebooted and then downloaded the Kext Utility – which I also mirror here: Kext_Utility.app.v2.5.1 should the link break. I then downloaded a different version of the drivers – which I also mirror here: 2958-USB3_10.8 should the link break. I Unzipped those, which gave me two .kext folders; I started the Kext Utility and dropped both folders onto the utility. After another reboot, the transfer speed has plainly tripled:

What I also noticed: While copying massive amounts of data to the drive, the CPU gets loaded a lot less as compared to connecting the drive to the internal USB ports.

I finally tried adding two of those disks – as the controller has two USB 3.0 ports – yet the moment you plug in the second disk, the first is reported as being disconnected. That was probably to be expected, as other people have reported power supply issues.

Triple the USB Speed on a MacBook Pro for 10 $…